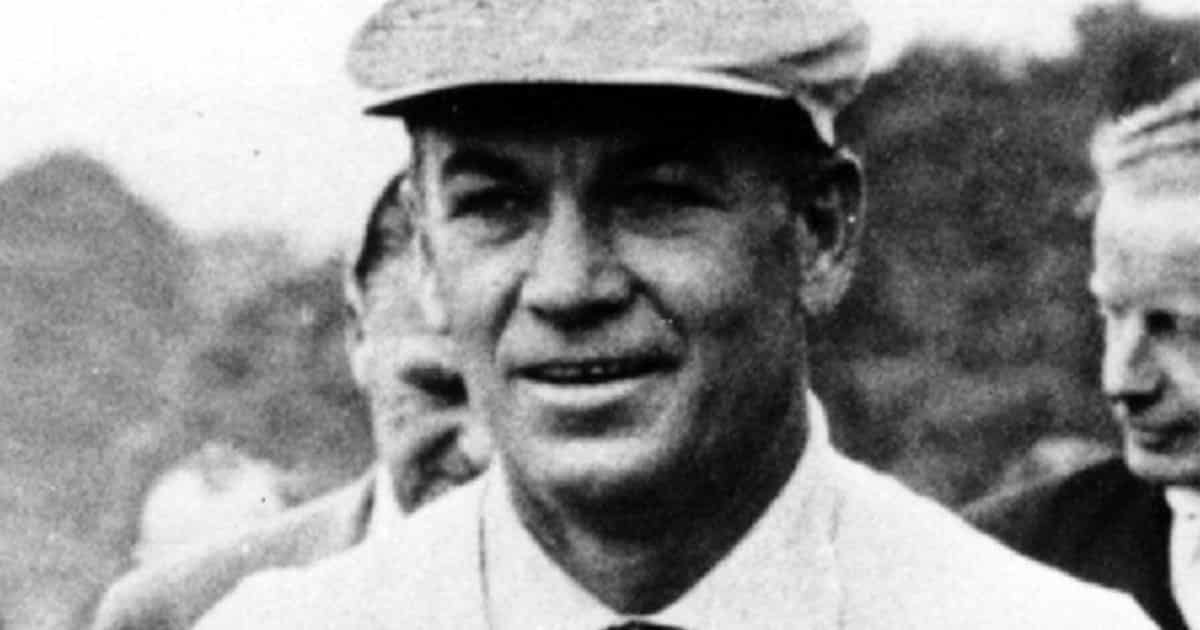 Tiger may be the GOAT (sorry Jack fans), but there are few golfers who capture the imagination quite like Ben Hogan. The accident… THAT book… the swing… the ball striking… the ‘secret’… and the small matter of 64 PGA Tour wins (including 9 majors).

But despite his glittering career — and his undoubted influence on the modern game— Ben Hogan earned just $332,517 on the PGA Tour between 1932 and 1970. In fact, it’s safe to say he earned a lot more off the golf course than on it.

Of course, inflation is a factor. But we wanted to find out just how much Hogan could have earned if he played in the modern era. So we did the following:

We’ll explain more about point 5 below, but first let’s jump straight to our findings:

Now let’s dig into how we arrived at these figures.

This one was easy. All we had to do was use this tool to get the figure for each year, then total it up.

Most of the tournaments Hogan played are now defunct, or at least no longer PGA Tour events. Some have been renamed (for example The Western Open is now the BMW Championship), and of course the majors are still the majors, but PGA Tour events like the St. Petersburg Open are long gone.

So we did the following:

We then worked out earnings based on position, and for simplicity we ignored ties. So if Hogan was tied 5th, we would allocate him the percentage of the total purse for 5th, which in 2020 was 4.1% (see full breakdown here).

Note: since we ignored ties, our figures will be slightly out (see here for how money is allocated when there are ties). But tracking down full field results for every tournament Hogan played in would have been at the very least a HUGE undertaking, and may even have been impossible.

Here’s an example to illustrate:

Hogan won the Colonial Invitational in 1946. This tournament is now known as the Charles Schwab Challenge, which in 2020 had a total purse of $7.5M. As winner, Hogan would receive an 18% share of the purse = $1.35M.

Note: The British Open and 27 unofficial tournaments were not included in the totals.

Now things get even more complicated…

The problem with just looking at what Hogan would have earned based on 2020 purses, is that it makes any comparison with the current all-time PGA Tour money list unfair. Why? Because purses have been going up every year.

So we decided to put a ‘dampener’ on each year’s figures.

Again, this wouldn’t be completely accurate, but allows for a better comparison.

And as it happens, Hogan’s ‘Tiger era adjusted’ $91.8M would put him third on the all-time PGA money list.

Although we suspect that Sam Snead and Jack Nicklaus would be above him if we repeated this process for their earnings (which we may well do!).

Either way, if he was playing today, Ben Hogan would have earned a LOT more than $332,517. In fact, he’d have earned more than that just for his 4th place finish at the 1951 Colonial National (Charles Schwab).

Because today’s golfers are making serious bank. But do any of them have a swing as beautiful as this…

For a full tournament-by-tournament breakdown, see this Google Sheet.