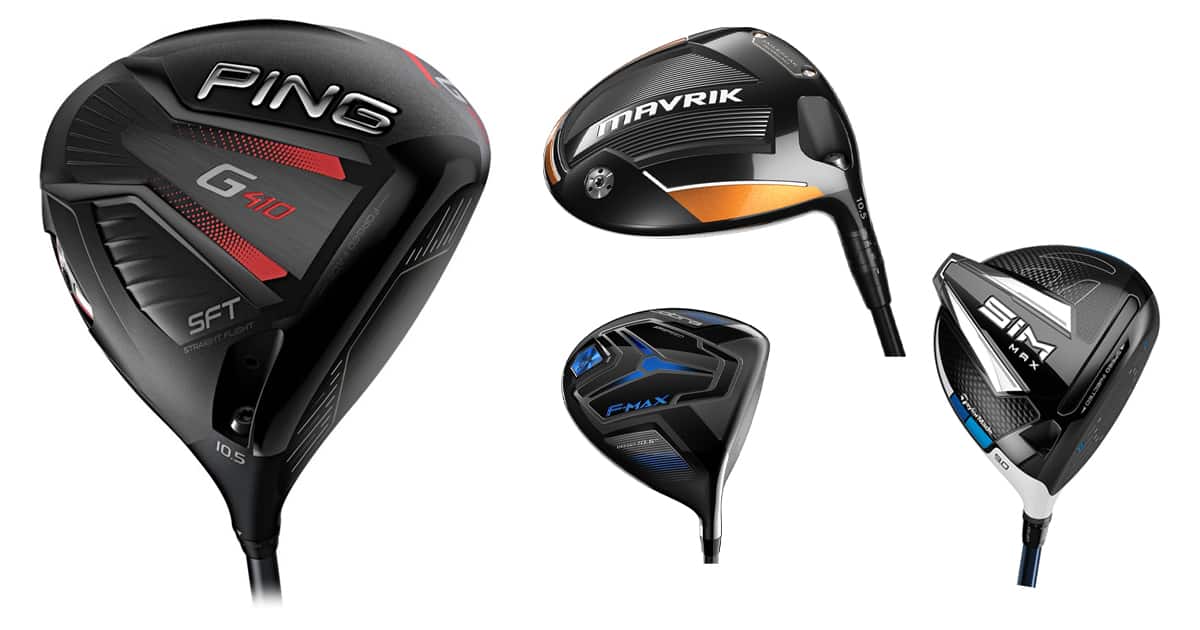 Looking for a new driver, but not sure which is right for you? We’ve got you covered.

In this guide we’ve picked out the best drivers for high handicappers right now.

The Best Drivers For High Handicappers In 2021 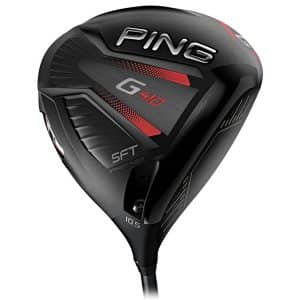 If you’re a slicer (which most, but not all high handicappers are) then the Ping G410 SFT is the recommended driver for you.

In my own golf journey I battled the rights for quite some time. Then back in 2017 I purchased a Ping G400 SFT (the model prior to the G410) and it pretty much eliminated my slice overnight.

Don’t get me wrong. You can still hit a fade with the G410 SFT, but it’s generally going to be playable — not that destructive banana slice that we all fear.

I’ve since swapped to a Ping G30 LS Tech, as around the end of 2018 my miss started to move towards the left side (don’t you just love golf!). The lower spin of the LS Tech gave me a bit more distance and better launch conditions. Although I should also point out that I switched to a stiff shaft, which may have been better for my increasing swing speed.

…if a slice is your current miss, then the Ping G410 SFT will help to straighten you out.

But if a slice is your current miss, then the Ping G410 SFT will help to straighten you out. SFT stands for “Straight Flight Technology”, and the club is designed to reduce sidespin (which is what causes the ball to curve), resulting in straighter shots.

And of course, being a modern driver, it’s built for speed. So not only will you hit more fairways, you’ll be closer to the green when you do. 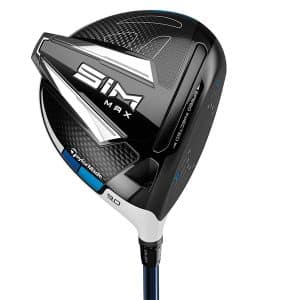 TaylorMade’s “Twist Face” technology caused a big splash in the golf world a few years back. The unique curvature in the face reduced sidespin and helped to produce longer, straighter shots — and they’ve continued to improve the tech each year, culminating in their latest SIM range.

When I tested the TaylorMade Sim (specifically the Sim Max) driver I found that it wasn’t quite as forgiving as the Ping G410 for me. But it definitely flew a little further.

So if it’s distance you’re after, then TaylorMade Sim is probably the right driver for you. But if you are prepared to sacrifice a few yards for (perhaps) less dispersion, then I’d recommend the Ping.

Although with that being said, TaylorMade Sim drivers are still very forgiving. And there’s also the fact that I’ve been gaming Ping drivers for years so am probably more comfortable swinging with them than I am with TaylorMade.

I didn’t make a specific recommendation on which TaylorMade Sim driver to go for here, as the right one for you will depend on your miss/where you are in your game. A quick overview:

So if you’re a slicer, you’ll probably want to go with the Sim Max (or Sim Max D). But if you’ve got a 2 way miss, or are working on improving your swing, you might find the adjustability of the regular Sim Max more suitable.

…give some thought to which one is right for you at both this point on your golf journey, and where you expect to be six months down the line.

As an example, if you went for the Sim Max D (to help fix a big slice) then a few months down the line had improved your swing, there might be too much draw bias. The result would probably be swapping your right miss with a left miss. And believe me, I know from experience that the left side of the course is just as punishing as the right side. In fact, at one point, I found myself wishing that my slice would return!

In summary: all three Sim drivers are great clubs that will do good things for your tee game. But just give some thought to which one is right for you at both this point on your golf journey, and where you expect to be six months down the line.

Get the SIM Max driver here. 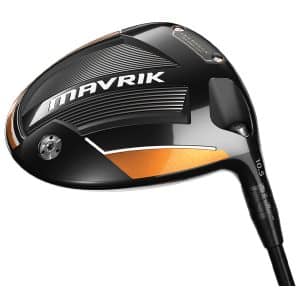 Callaway serves the mid to high handicap market well. And their latest driver for this sector — the Callaway Mavrik — promises to be their best driver yet.

One interesting point is that Callaway claim the Mavrik (and last season’s Epic Flash) were designed by AI. It’s undoubtedly the case that all the major golf brands are using some computer assistance to maximize speed and launch conditions, but as far as I’m aware, Callaway are the only manufacturer to state that AI actually designed the club. Worries about your driver suddenly developing sentience and plotting against you notwithstanding, it will be interesting to see how this develops over the next few years.

The face of the Callaway Mavrik is manufactured from FS2S titanium alloy, which reduces weight and allows for a little more speed. But Callaway’s “Flash Face” is perhaps a little less forgiving than the Ping and TaylorMade options for off center hits. Dispersion is solid (see below), but strikes off the toe will probably lose a few yards (which in reality is what should happen anyway).

All in all, a great looking driver that’s bound to save you a few strokes.

Callaway claim that dispersion is improved by 13% from last season’s Epic Flash. Which is a not insignificant number, and could be the difference between a shot going into the rough or into the trees.

Again, the Callaway Mavrik driver you choose will probably depend on your miss and preferred launch conditions. The regular Mavrik has a slight draw bias and mid launch, the Mavrik Max has a higher draw bias and high launch (most forgiving), and for straighter hitters, the Mavrik Sub Zero has low launch and a neutral flight.

All in all, a great looking driver that’s bound to save you a few strokes.

Note: I haven’t yet tested the latest Callaway Mavrik driver in person. But I had a Callaway Rogue 3 wood in my bag for a season or two (the precursor to the Mavrik) and it was super easy to hit. I also gamed a Callaway Big Bertha driver for a couple of years prior to swapping to Ping and it served me very well, so I have decent experience with Callaway clubs. 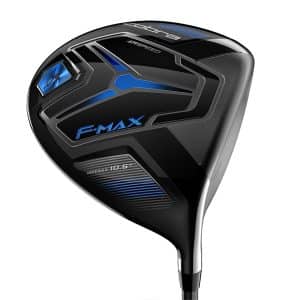 It might be a surprise that the Cobra driver we recommend isn’t the Cobra King that you’ll see most often on the PGA Tour.

Instead we’ve chosen the Cobra F-Max Offset as our driver of choice for high handicappers and beginner golfers.

We chose the F-Max for 2 reasons:

Firstly, the driver is around 50 grams lighter than comparative models. At just 285 grams, the carbon fibre head will definitely help you swing faster if you’re looking for more distance.

Cobra know the mid to high handicap sector extremely well and their drivers are highly recommended if you need to hit the short stuff more often.

And secondly, the offset hosel (and heel weighting) will help you turn the club over and reduce your slice. It’s the quintessential fairway finder.

Cobra know the mid to high handicap sector extremely well and their drivers are highly recommended if you need to hit the short stuff more often. And as a bonus, the Cobra F-Max Offset is the cheapest driver on our list.

Which Driver Is Best For Beginner Golfers?

All four drivers on our list are going to help you straighten out your shots and add more distance.

And to be honest, there’s not a huge amount in it. I’ve tested the Ping G410 SFT, the TaylorMade Sim, and the Cobra, and they all produced ball flight and dispersion that I would be happy with on the course (if a little more left as I already play a draw and these are draw biased clubs).

While I haven’t tested the Callaway, everything I’ve read about it (and my experience with Callaway golf clubs) suggests it’s going to be a great choice.

So, it’s really going to come down to your preference for brand, and your budget.

But with that being said, I’m a Ping man. So, I’ll stick my neck out and say the Ping G410 SFT is the best golf driver for beginners in 2021.

Will A New Driver Actually Make A Difference To Your Game?

I’m sure you’ve heard the saying “drive for show, and putt for dough”. It sounds like good advice, but there’s a problem…

…if you can’t get to the green, then being the best putter in the world won’t do you any good.

And plenty of studies (like this one) have shown that even on the PGA tour, it’s driving, rather than putting that’s going to have the biggest impact on scoring.

Bottom line: hitting fairways and “getting it out there” is the key to lowering your handicap.

And while the putter you choose isn’t going to have a huge impact on your game, the good news is that the right driver can make a big difference. You’re not going to become a scratch golfer overnight, but with a modern, forgiving driver in your hand, you’ll become a lot more confident on the tee box.