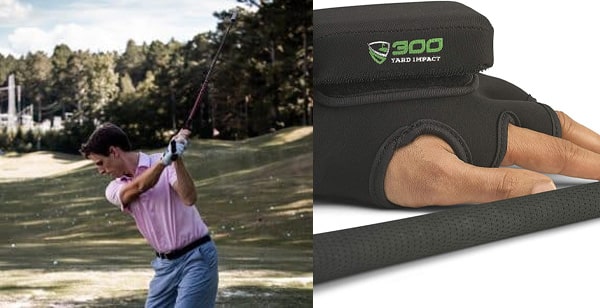 Want to increase your swing speed and hit the ball further? Of course you do.

So in this guide we’re going to take an in-depth look at the best swing speed trainers and training courses around right now.

Even better: we’ve cut the fluff, and focused on 3 swing speed trainers (and systems) that actually work.

Let’s get started with our number one pick for the 2022 season: SuperSpeed Golf. 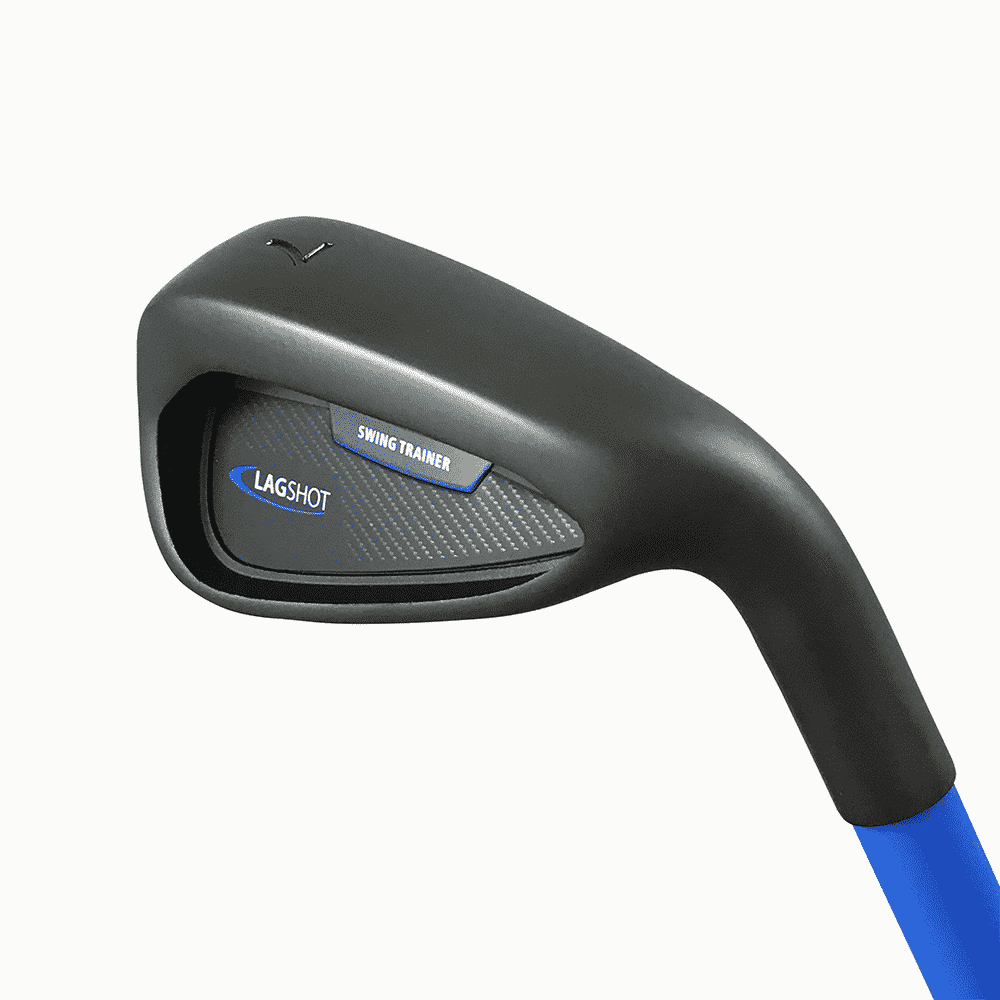 We picked the Lag Shot as our #1 golf training aid this year. Find out how golfers are using this club to smooth out their tempo and transition, and add distance and accuracy to their game in 2022.

Check Out The Lag Shot Here
We earn a commission if you click this link and make a purchase at no additional cost to you.

You might have heard of SuperSpeed Golf already. In the past few years it’s become increasingly popular on the PGA tour.

Tour pros such as Phil Mickelson, Jon Rahm, and Matt Kuchar have been using the SuperSpeed golf system to squeeze out those game changing extra yards off the tee. And a certain Bryson De Chambeau has also been snapped with SuperSpeed training aids in his bag. Safe to say Bryson has picked up a bit of extra distance this year!

Of course much of De Chambeau’s increased distance has come from the ridiculous change in his physique. But aside from pounding the weights — and packing on more muscle than Bruce Banner on a particularly bad day — overspeed training has definitely been part of Bryon’s training regime in his quest to overpower golf courses with sheer speed, power and distance.

What is overspeed training?

The concept of overspeed training is quite simple.

You use a lighter club to swing faster than you would normally be able to with your driver. Over time this “resets” your muscle memory, and gets your body used to swinging at faster speeds.

As your speed and strength increases, you up the weight on the training club, until eventually you’re swinging faster with a training club that’s slightly heavier than your driver.

The result: your swing with your actual driver is faster.

How much faster? According to SuperSpeed golf (and studies which bear out their claims) you’ll be swinging around 5% faster with your driver within 4-6 weeks.

If a 5% improvement in swing speed doesn’t sound like much, let’s put that into some context.

*based on average total distance with driver, with an increase of 3 yards per extra 1mph of clubhead speed.

Additionally, that 5% improvement is in the first 4-6 weeks. So over time a 10%+ increase in swing speed is achievable.

Bottom line: being 15-30 yards closer to the green is going to lower your scores.

You’re not making a swing change here, at least not in terms of your technique.

You’ll be swinging in the same way, just faster.

And notwithstanding the above, study after study has shown that proximity to the hole is one of the key factors in reducing scores.

Long story short: it’s better to be 15 yards closer to the hole, but in the rough, than shorter and in the fairway.

Another way of looking at it:

The SuperSpeed training system won’t cure your slice. But it won’t make it worse either.

What you get with SuperSpeed golf

The SuperSpeed Golf system includes 3 weighted clubs — a “light”, a “medium” and a “heavy”.

The light and medium clubs are lighter than a standard driver, while the heavy club is heavier.

You’ll start with the light club, and as your swing speed improves, you’ll progress to using the heavy club.

With the lightest club, you should be able to swing 15-20mph faster than with your driver. And by the time you’ve progressed to the heaviest training club your driver speed should have increased by 10-15mph.

Sounds simple enough, and it is. But backing up the training clubs are 2 years worth of online instruction videos.

And if you follow the suggested course (which you should), you’ll be putting in 3 ten minute training sessions a week with the weighted clubs.

All in, SuperSpeed Golf is our #1 pick for swing speed trainers this year.

It’s a proven system, used by over 600 tour pros worldwide.

Get the SuperSpeed training aid here.

Swing Man Golf differs from SuperSpeed in that it’s based round a fitness program, and technique rather than a specific training aid.

The fitness program will get you stronger and faster, while the swing changes will improve the speed and efficiency of your overall swing.

How much faster can you get with the Swing Man program?

According to Swing Man, if you follow the instruction and training you could pick up between 12 and 15mph of swing speed in a month.

To our mind that seems a little high (although we guess it would depend on your starting point). But even if we cut that in half, an extra 6mph is going to give you around 18 extra yards on your drives. Which is a big increase.

At the extreme end, Swing Man claim some students have increased their swing speed by 30mph in 4 months. Again, to us this seems like it would be quite a dramatic (and unlikely) improvement. But we guess if you were a slow swinger (say 70mph) to start, getting your speed up to 100mph could be doable. At that level, you’d be adding 70-90 yards to your drives, which is pretty much a different ball game…

Either way, there’s no doubt that following the Swing Man program will increase your swing speed. It’s endorsed by a number of highly respected golf coaches and PGA professionals, and has a ton of testimonials from golfers across all skill levels.

You’ll need to commit to the strength work and swing changes. But if you’re happy to put in the hours, then Swing Man could be a good fit for you.

Check it out here.

Monte is one of our favorite online golf coaches, with a reputation in the golf community for cutting through the noise, and delivering practical, no-nonsense golf instruction and advice.

So it’s no surprise that Monte’s first golf training aid is simple, yet highly effective.

The 300 yard impact is (as the name would suggest) all about impact. Strap it on and it will force you to get into the correct impact position.

So how does getting into the right impact position help to improve your swing speed?

Simple: a lot of swing speed is lost through compensations for swing faults on the downswing. You’re not going to be able to get into the correct impact position with the 300 yard impact unless your body figures out how to overcome these flaws.

And once it does, not only will you have a better swing, the lack of compensations will mean you’re also swinging faster.

Bonus: the correct impact position should improve your smash factor, so swing speed improvements notwithstanding, you’ll be putting more zip on the ball and increasing your distance.

Check out the 300 yard impact here.

Ready to increase your swing speed?

That wraps it up for our rundown of the best swing speed trainers in 2022.

There are plenty of other training aids and programs available for increasing your swing speed. But we picked out three that we know for sure actually work.

Which is right for you will depend on your goals and the time you’re willing to commit.

Overall, we feel that SuperSpeed Golf is the most effective program, and the most likely to see a rapid improvement to your swing speed.

But if you’re looking for simplicity and don’t have time to commit to training, then you might want to go for Monte’s 300 yard impact. And for those looking to improve their overall strength and fitness, as well as increase their swing speed, Swing Man’s program is a good fit.

2 thoughts on “Our Picks: The Best Golf Swing Speed Trainers In 2022”