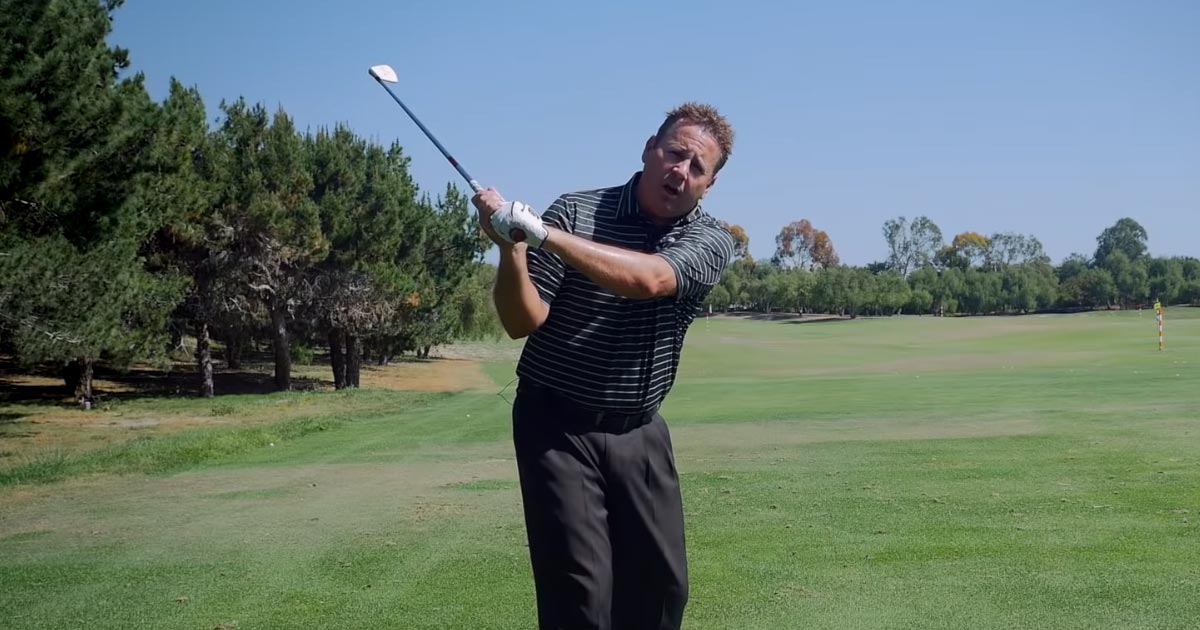 In the second part of our series on the most popular online golf instructors, we focus on Mr Cargo shorts himself: Monte Scheinblum.

Who Is Monte Scheinblum?

If you spend any time hanging around the Golf WRX forums, you’ll definitely have come across Monte’s thoughts on the golf swing.

Go to any thread asking for advice in “instruction and academy” and more often than not, Monte will be pitching in (for free) to help a golfer with their swing.

Monte is a former World Long Drive champion, has competed on the Nike Tour, played a PGA tour event in 1996, and in 2019, qualified for (and competed in) the US Senior Open.

He currently runs Rebellion Golf, and has a ton of videos on his YouTube channel.

Does Monte Give “In Person” Lessons

You can visit Monte at Oak Creek Golf Club, Irvine, CA. He also regularly tours round the US (and beyond) running clinics, so keep an eye on his website for details.

What Is Monte Scheinblum’s Teaching Style?

In Monte’s own words “anarchic”! There’s a reason he calls his site Rebellion Golf.

Want more lag? Throw it away from the top.

Monte contends that looking at still images of PGA professionals is killing our golf games. Things like lag, and forward shaft lean are by-products of how we swing, not things we should strive for.

And by chasing these positions, us amateur golfers end up getting steep, overswinging, early extending, and getting stuck.

One of my favourite Monteisms is “speed up what’s slow”. So, for example, if you’re a hip spinner, then speed up your arms, don’t try and slow down your hips. And of course, vice versa.

I’ve watched a ton of Monte’s videos, and picking out some keys they would be:

But while these are the ultimate goals, he teaches them by “feels” rather than positions.

For example, to shallow in transition you can try:

Monte recognises that we all “feel” the golf swing differently, so has developed a load of different ways to explain (and feel) his key concepts.

Your task is to find the feel that’s right for your swing.

Is Monte Scheinblum A Good Golfer?

He’s a former world long drive champion, played on the PGA tour, and recently qualified for the senior open.

So it’s safe to say that Monte is a great golfer.

What Is Monte’s Most Popular Video?

One of Monte’s swing keys is to get the shoulders rotating 90 degrees around the spine.

So it’s no big surprise his most popular video covers just that.

With over 380,000 views this video demonstrates correct (and incorrect) shoulder turn, and why it’s so important.

Monte has a shedload of great videos. As mentioned previously, many of them deal with addressing the same faults, but allow you to feel the moves in different ways.

Here are my top 5 Monte videos. Try them out and see which one works best for your swing.

If you suffer from the shanks, over the top, or early extension, this is the drill for you.

You setup two balls, address the one on the outside, then swing and hit the one on the inside. It’s going to stop the weight going out to your toes, and force you to stay in posture.

And here’s me trying it out on the range.

I included this drill in my guide to early extension (something I suffer from). And I can say for sure that it works.

I already mentioned this drill above, but I’m including it again as it’s so damn good.

It goes against everything you think you know about the golf swing.

All you’re going to do is set your wrists and cast (throw away your angles) from the top. At least that’s the “feel”.

But what will actually happen is you’ll end up with a perfect shoulder turn, arms in front of the chest at the top, and forward shaft lean at impact.

If you suffer from a swing that’s too long, this is a great one to try out.

3. Left Arm Off The Chest

In this video Monte explains why a left arm that’s pinned across the chest on the downswing is death for golfers.

In the video, he compares the downswing to a tennis backhand, and it makes a lot of sense.

4. Lead With The Right Elbow

This is the opposite feel from left arm off the chest, but ends up with the same results. Instead of feeling the move with your left side, you’re going to feel that it’s your right elbow leading the downswing.

You’ll shallow the club automatically and the move will force your body to rotate.

When you first try this move, you’ll probably feel like the ball is going to go a mile right. But trust it and let your body learn to react correctly.

Most of Monte’s best drills deal with transition, and this is another feel that’s all about getting the club in the right position for the downswing.

This one is a lower body feel, which will have similar results to the 2 ball drill.

What Do Others Say About Monte Scheinblum?

As someone who has shared so much knowledge of the golf swing, and helped so many golfers for free, it’s no surprise that Monte is highly thought of in the golf community.

And anyone who’s ever had a lesson from Monte in person (or on video) is always glowing in their praise. He has a knack for identifying the flaw that’s holding your swing back, and pointing you in the direction of the right fix and feel for you.

Like with Shawn Clement, the only people grumbling with his teaching style, will be those who teach positions rather than feels.

What Do I Think?

I’m a big fan of Monte’s videos and his teaching style.

His free videos have helped me enormously, but I’ve also purchased a couple of his premium courses: “Use The Bounce” (Monte’s short game series), and “The Efficient Swing” (his recent full swing course). 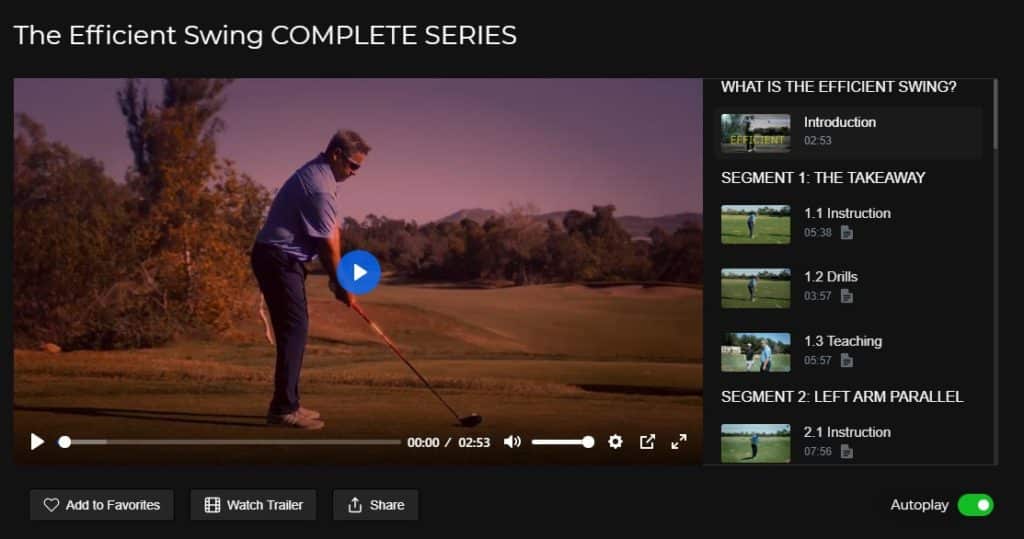 Both are highly recommended.