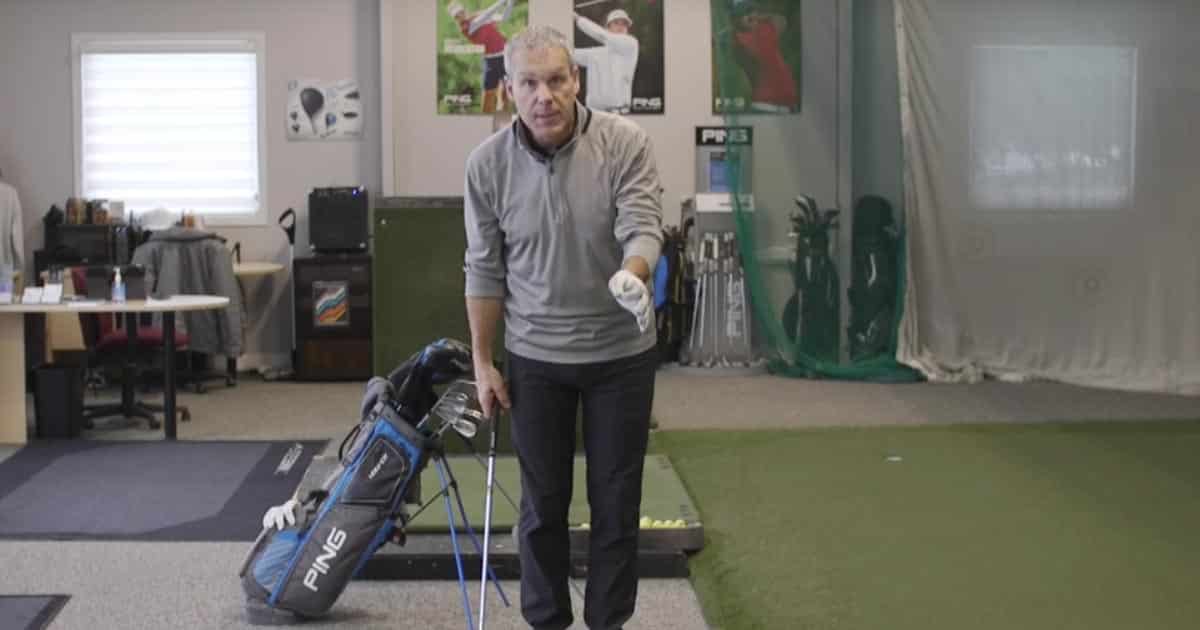 This is the first post in what will be a regular series taking a detailed look at some of the most popular golf instructors online.

I’ll be diving into:

I figured I’d start with a guy who’s pretty much synonymous with golf instruction on YouTube: Shawn Clement.

Who is Shawn Clement?

Shawn Clement was one of the first golf instructors to embrace YouTube. In fact, his first video on the channel (covering that important piece of golf etiquette: repairing a pitch mark) was uploaded way back in December 2006.

His channel now has well over 100,000 subscribers, and his videos (of which there are a lot) have racked up over 36 million organic views.

Shawn is currently Director of Development at the Royal Quebec Golf Academy in Quebec City, Canada, and a class A PGA teaching professional.

Away from YouTube and his own site Wisdom In Golf, you’ll regularly find advice from Shawn on GolfWRX.

Does Shawn Give “In Person” Lessons?

Yep. You can book a face-to-face with Shawn at Royal Quebec Golf Club.

And if Canada is a little far afield (or cold) for you, he also gives online lessons via Skype.

Both options are available to book here.

What Is Shawn Clement’s Teaching Style?

In a nutshell: give your brain the correct task and allow your body to react.

Shawn has an absolutely masterful knack of comparing the golf swing to everyday activities that we already know how to do. Things like:

The ball is not your target. The target is your target, and that’s what you swing the club to: the ball simply gets in the way.

Other keys for Shawn’s teaching include:

Nothing contentious in any of that right?

To summarise: Shawn’s not an instructor who teaches positions. He wants to teach you the right intentions, that will get your body, arms, wrists, and hands to move correctly by themselves.

He teaches natural, free flowing movement in the golf swing.

But he also believes in getting the foundations right to allow you swing with that freedom. Setup, posture, and most importantly, your grip.

Is Shawn Clement A Good Golfer?

Not all golf instructors are great players.

But apparently Shawn plays off scratch both left and right handed, so yeah… it’s safe to say he’s a good player!

What Is Shawn’s Most Popular Video?

Shawn’s most popular video on YouTube is this one titled “Best Downswing Weightshift”:

Here are 4 of my favourite Shawn Clement drills and videos. To be honest, Shawn has so many videos that it was difficult to narrow this down, but these are 4 that I’ve gone back to again and again.

1. Throw Your Clubs At The Target

As already mentioned, Shawn is big on:

And taking that to the extreme, one of my favourite videos is this one in which he literally gets you to go out into a field and throw your clubs at the target.

Shawn has a few videos where he demonstrates this (and explains why it’s useful).

I’ve tried it myself, and after a few throws (which went straight left) I managed to start throwing my club “down the line”.

Hitting a ball immediately after throwing (while the feel was fresh) I got some solid results and seemingly increased speed. So it’s definitely something that’s worth trying if you’ve not done it before.

Just make sure there’s no one else around as that sucker can go anywhere from straight behind you to straight left (or right) depending on when you let it go.

I should point out that throwing clubs has been around as a concept for a while. I believe it was first covered in the book “Extraordinary Golf” by Fred Shoemaker.

This is a good extension of the classic “feet together drill” in which Shawn explains how to counterbalance with your butt (Shawn’s word!) while your arms catapult back and through.

Makes a lot of sense, and would definitely be a good drill for those who suffer from early extension.

Shawn has a couple of great videos on the grip.

I’m going to include them both here.

The first one goes into a lot of detail on both the “how” and the “why”, and includes a lot of great closeups.

And this second one, called “Knife the grip”, does what Shawn does so well – compares gripping the golf club to other things we do in our everyday lives.

This is probably my favourite of all Shawn’s videos.

The view from above really hammers home several of his swing keys, including:

This is about as connected as you can get in a golf swing. Beautiful.

What Do Others Say About Shawn Clement?

Pretty much everything I’ve read about Shawn’s teaching online has been positive.

And those who have met him face-to-face, say he’s a super nice guy too.

If there’s any kickback, it’s from those who argue that there’s nothing natural about a golf swing. That you can’t just swing the club, you have to learn the positions.

Which is pretty much the opposite of Shawn’s teaching. So I guess if you fall into that camp, then Shawn Clement and Wisdom in Golf probably won’t be right for you.

Here are a couple of threads on GolfWRX which discuss Shawn’s methods of teaching the golf swing.

What Do I Think?

There’s no doubt that Shawn is an excellent golf instructor, who has a great way of communicating his ideas, and simplifying concepts.

If you’re bogged down with technicalities and positions, then trying out a few of his drills can be a great way of freeing up your swing, and getting your mind back focused on playing golf (not playing “golf swing”).

And yes. He does look like Will Ferrell (sorry Shawn).